Showing posts from February, 2015
Show all

Someone to Watch Over Me! 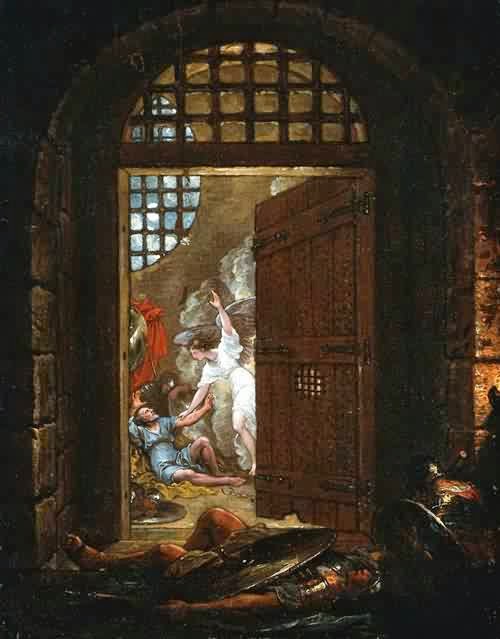 6 The night before Peter was to be placed on trial, he was asleep, fastened with two chains between two soldiers. Others stood guard at the prison gate.7 Suddenly, there was a bright light in the cell, and an angel of the Lord stood before Peter. The angel struck him on the side to awaken him and said, “Quick! Get up!” And the chains fell off his wrists. 8 Then the angel told him, “Get dressed and put on your sandals.” And he did. “Now put on your coat and follow me,” the angel ordered.

9 So Peter left the cell, following the angel. But all the time he thought it was a vision. He didn’t realize it was actually happening. 10 They passed the first and second guard posts and came to the iron gate leading to the city, and this opened for them all by itself. So they passed through and started walking down the street, and then the angel suddenly left him.11 Peter finally came to his senses. “It’s really true!” he said. Acts 12:7-11