Showing posts from April, 2010
Show all

My Addiction, Time to get Honest!

It is time to come clean, to pull aside the curtain, to shine a light, to let the skeleton out of my closet!

I am addicted. There I said it! I have an insatiable craving, desire if you will.

I have spent thousands paying for my addiction...and I not only can not stop...I refuse to!

Don't try to plan an intervention, I will walk out on you!

I am addicted to...Books!
Bound if you really want to know (Pardon the pun). I have an insatiable craving and compulsion to read.

I love it! I do I really do! I have been known to read a book while watching my sons play sports....baseball....man you can really get some reading in watching that sport!

Football, the time in between plays oh baby....several paragraphs can be yours for the taking!

Basketball....yep, that's harder but if the teams are in a fouling mood....I am good to go!

I have often told my sons "Readers are Leaders" I believe it! In fact may I tell you something?

So close, yet so Far!

*Antony Flew, an academic philosopher who expounded atheism for most of his life but made a late conversion to belief in a creator, has died at age 87, his family said in a notice published Wednesday.

Flew died on April 8 2010 following a long illness, according to the notice in The Times (London) newspaper.

The son of a Methodist minister, Flew abandoned belief as a teenager because of the problem of evil.

"It just seemed flatly inconsistent to say that the universe was created by an omnipotent and perfectly good being. Yet there were evils in abundance which could not be put down to a consequence of human sin," he was quoted as saying in a 2004 interview with The Sunday Times.
In the last decade of his life, scientific discoveries about the complexity of DNA led him to believe there was an intelligent creator.

Flew's belief was in deism, in a remote creator who takes no interest in human affairs, unlike the Christian concept.

The power of Choice 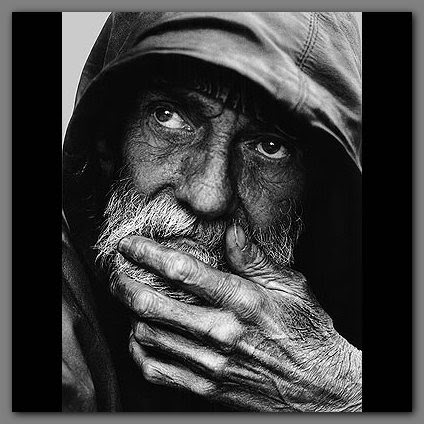 He stood near the doorway of a convenience store in Salt Lake City, Utah, Easter Sunday night 2010. Wearing a flannel shirt, and a heavy coat, his attempt to keep a cool April evening at bay.

He seemed to have a faraway look in his eyes. He looked at me, and I him. I was pumping gas, and he was well...just standing close enough to the door not to be missed by customers, but far away enough to not be seen by the store clerk.

I knew why he was standing there, he was in need. In the spam of a few minutes, I witnessed people handing him money, encouraging him to have a cup of coffee. He never said a word. It was enough to simply stand there. His need was obvious. I was waiting for two of my sons to make their (Our) snack purchases.

I turned to my wife Laura, and said I am going to buy him something to eat...she heartily agreed. Two corndogs, and a water later, I was looking into his eyes, up close. His face was heavy with years, and wrinkles of a life lived on the edge.