Showing posts from April, 2011
Show all

In March 1996, when the Times refused to run Johnny Hart's Palm Sunday strip, a national uproar ensued, reaching even the Washington, D.C., talk show circuit. The strip had Wiley—a brooding, poet-wannabe in B.C.'s cast of characters—sitting against a tree, tablet in hand, writing a poem entitled

Picture yourself tied to a tree, condemned of the sins of eternity. Then picture a spear, parting the air, seeking your heart to cut your despair.

Suddenly—a knight, in armor of white, stands in the gap betwixt you and its flight, And shedding his 'armor of God' for you— bears the lance that runs him through. His heart has been pierced that yours may beat, and the blood of his corpse washes your feet.

Picture yourself in raiment white, cleansed by the blood of the lifeless…
Post a Comment
Read more

Jesus said unto her, I am the resurrection, and the life: he that believeth on me, though he die, yet shall he live.  (John 11: 25).
*In Catherine Marshall’s classic biography of her husband, A Man Called Peter, she eloquently describes how dark the night of grief canbe—and how bright the new dawn of faith.
During the summer after Dr. Marshall’s death she returned to the summer cottage at Cape Cod, where everything from the boat in the yard to his old shoes under the bed spoke of him.
Seeking the solace of the sea, she headed beach ward that first tempestuous, lonely evening. As she gazed across the water, she suddenly remembered the last words she had spoken to him.

The scene was etched clearly in her mind. Peter was lying on the stretcher just inside the front door, waiting to be put in the ambulance. She leaned over him and he whispered reassuringly, “Darling, I’ll see you in the morning.”
Her last line is the best: “And as I stood looking out toward that far horizon, I knew th…
Post a Comment
Read more

Love, the flag that should fly over every Christians Castle! 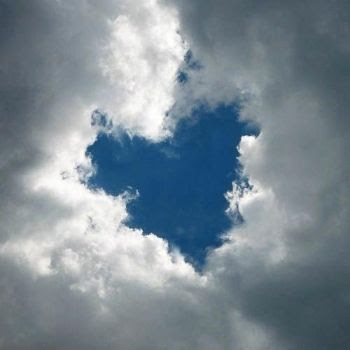 Love, four letters assembled in just the right way…to give us hope!

When you think of love, what comes to mind?

Sometimes we think of early crushes as “Puppy Love” and young hearts are stung by our labeling them. After all, it’s real to the puppy!
The first girl I loved after my Mom…was a stunning blonde (Not Laura) named Fern! I met Fern in the second grade as I remember. She has several teeth missing….but those she had were as white as a snow capped Colorado mountain:)

I decided to let Fern know how much she meant to me….at recess, so I kissed her right on the …..Hand, she then let me see the back of it….up close and personal! It was over! I was crushed…and I understood that love especially unrequited love, hurts!
Our first fledgling attempts at love, understanding it, and attempting to capture what it means, are often clumsy…and were left wondering just what it this emotion…and (We wonder) will I ever know what it means... really?

A cowboy commenting on the Winds of Wyoming said:
It's so windy (In Wyoming) that you can watch your dog run away for two days if he's headed upwind....downwind, he's in Nebraska in 3.7 seconds!
As I am writing this blog, the wind is whipping about; making howling sounds that makes you look over your shoulder, to make sure nothings gaining on you!

Strong constant Wyoming wind…that can blow a teenager off their feet…. frequently shakes chubby preachers and allows birds to break speed records!
Walloping Wearisome Wyoming wind is something you have to accept if you live in the 9th biggest state (Land size) in the union!

Rock Springs, Wyoming…a place of many Rocks and Springs I have yet to see, was the location for an encounter with the above mentioned wind.
At the time I was driving a 1999 Dodge Durango.  The driver’s power window was broken, and I being a frugal (Think Cheap) owner had it held up by clips. While driving on an incredibly windy evening….the window fell down.  I…
Post a Comment
Read more
More posts