Showing posts from June, 2009
Show all

The phrase, "Just One Thing" conjures up an amusing cinematic image in my mind. A grisly old cowboy in the movie "City Slickers," asks the haunting question, "Do you know what the secret of life is?"

A soul-searching middle-aged city-boy by the name of Mitch, played by Billy Crystal, stares quizzically as the cowboy sticks up a gloved index finger and exhales the word, "this," with a gravely voice. He concludes, Just One Thing."

Mitch cynically responds, "That's great but what's the one thing." The cowboy cocks his head, looks him in the eye and roughly quips, "That's what you've got to figure out." From the Internet Article Passion For God - “Just One Thing" by Allen Ratta.

What is the one thing? Have you figured it out yet?
Someone wisely said that the “Good can become the enemy of the best” meaning that it’s easy to get preoccupied doing good things and neglecting better things!

Do you ever wonder if God has forgotten you?

A few years ago (2006) many followed the story of Jeff Ingram, an amnesia sufferer who had been searching for his identity for more than a month! He went home to Washington state with his fiancee, but according to his mother he did not remember his past life or what happened.

Jeffrey Ingram, 40, was diagnosed in Denver ( He does not remember how or why he arrived in Denver) with dissociative fugue, a type of amnesia. He's flipped through photographs, listened to the stories, read through all the letters. But more than a month after he left his home in Washington and woke up in Denver with no memory, Jeff Ingram still had no idea who he is.

"It's very hard to put into words,"he said."It's probably the most frustrating thing that a person can ever go through, is to lose their identity. Because your past is what makes you …
Post a Comment
Read more

Friendship is born at that moment when one person says to another, "What! You, too? I thought I was the only one." C.S. Lewis.

A large percentage of people who are satisfied in their church, have a best friend in the church! 92% of people initially come because of the pastor (I know scary thought, but stay with me) but they will stay in a church because of friendships in the church. The writer of Proverbs gives clear instruction on the theme of friendship.

A man that hath friends must shew himself friendly: and there is a friend that sticketh closer than a brother. Proverbs 18:24

Simple yet profound…if you’re to have friendships you must be friendly! When earthly friendships are not enough there is a friend that is closer than a brother!

There is an Indian saying: “A friend is someone who carries my burden on his back” that’s exactly what the Lord Jes…
1 comment
Read more

I thank my God every time I remember you. In all my prayers for all of you, I always pray with joy because of your partnership in the gospel from the first day until now, being confident of this, that he who began a good work in you will carry it on to completion until the day of Christ Jesus.
(Philippians 1:3-6)

Have you ever stepped back in time? Move over H. G. Wells! A few years ago I accomplished time travel...I went back to August of 1980 to Texas, Abilene to be precise!

In 1980, much of Texas, was in the grip of a heat wave, 112 degree days were the norm! Is that possible...yes, soaring temperatures and high humidity drained every living creature, of what little energy we had!

Now before you assume that I have flipped, I did go back in time…mentally through the wonderful gift of memory!

In doing so, the Lord brought to mind a wonderful mentor and wife that He placed in my path to bring encouragement and direction to a wide-eyed College Sophomore who now serves as a pastor.

A Right Of Passage at the DMV!

There are moments within each hour that are packed with signifigance! “Life Moments” happen all around us, and if were not careful we can miss their significance…only to look back with regret, that we didn’t savor the moment when it arrived.

Several years ago my middle son Ben, Laura ( My Wife) and I pointed our Toyota North to Longmont, Colorado and an appointment with the Department of Motor Vehicles. That’s of course long for DMV…I wonder if to most teenagers on the verge of the freedom that a drivers license brings, think DMV must stand for

Desperate and Motivated to drive a Vehicle…or perhaps it stands for....

Dad, Mom…I am Virtually grown up now…. For me the trip to the DMV is a right of passage, a time to bask in the moment, fully aware that after the obligatory drivers test…the smiling face of a teenager means more that I passed….it means I am passing through to a brand new chapter of my life.

Perhaps it’s been sometime since you have been at the DMV, maybe your little gift…
Post a Comment
Read more 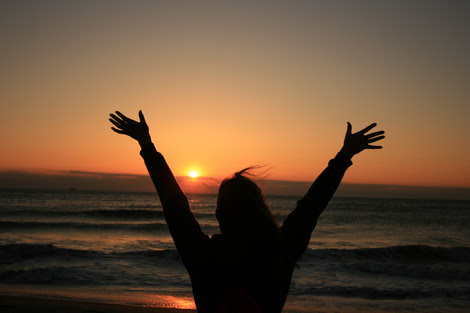 Never be lacking in zeal, but keep your spiritual fervor, serving the Lord. Romans 12:11.

I. Don’t lose your Zeal: Zeal can at times be absent from a believer’s life: “Never be lacking in zeal.” The word that Paul uses for "zeal" suggests haste, diligence, eagerness, earnestness, and professionalism.

In the King James Version, this phrase is translated that one should "not slothful in business". We should carry on our service just like the most ambitious of businessmen, bent on success.

Success in business depends on such an attitude; in a large part, success in Christian service does also!

II. Do keep your spiritual fervor: Fervor" suggests fire, passion, and enthusiasm. We should enjoy our service, and have a passion in our spirit for it. We should have fervor in our spirit, fervor kindled by the Spirit of God.

Fervor is important in service, especially for spiritual leaders, because such an attitude is contagious. The heat of one's fervency naturally li…
Post a Comment
Read more

Apples of Gold part one! 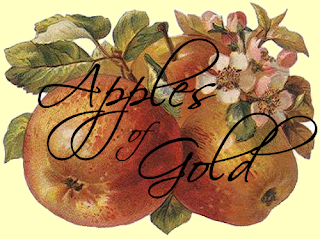 Don't use words too big for the subject. Don't say "infinitely" when you mean "very"; otherwise you'll have no word left when you want to talk about something really infinite. C. S. Lewis

The incredible potential of words was described by Solomon in Proverbs 18 in this way:

Wise words satisfy like a good meal; the right words bring satisfaction. The tongue can bring death or life; those who love to talk will reap the consequences. (Proverbs 18:20-21).

As we journey through this life, may we each determine to be very careful in what we say. Several verses "Speak" to us about the way we should be...

And let us consider how to stir up one another to love and good works, not neglecting to meet together, as is the habit of some, but encouraging one another, and all the more as you see the Day drawing near. (Hebrews 10:24-25).

Let the words of my mouth and the meditation of my heart be acceptable in your sight, O LORD, my rock and my redeemer. (Psalm…
Post a Comment
Read more 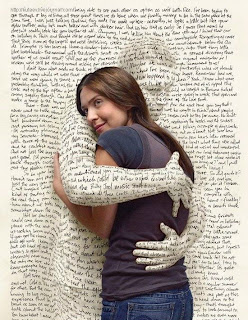 Words, letters placed one after another, forming the means to communicate, to share feelings, and emotions. Words come slowly at first when we are on the front end of our lives.

Parents are in awe when a barely clear…Dada, or Mama….first passes over vocal chords and out of tiny mouths! Words soon are strung together and we make fledgling attempts at sentences, and paragraphs. My middle son Ben, when he was little would say things like “ I hungy, I thirsty,” and when returning from a day out exploring… "Home Now”.

When he was a small boy he was constantly misplacing His shoes, (Often when we were in a hurry to go somewhere) when I asked him why he always seemed to lose his shoes…he replied “ I don’t know, I take them off and they hide”!

The expressive and often humorous utterances of childhood, give way to teenage years, and young adult years…and we learn that words while having limitless potential for good, also can hurt, and while we have often heard, that "sticks and…
Post a Comment
Read more

Becoming the Dad, your Father wants!

June 21, 2009
I miss my dad! Another Father’s day has arrived and will soon depart, until the third Sunday in June, 2010. Today I reminisced in a sermon; about the dad, that I am sure, became the one my Father (Heavenly) wanted him to be!

What is it that made him so unforgettable…the dad that I continue to miss, even though heaven has been his home since October of 1980?

Integrity- A man of his word, he did what he said he would. If he had agreed to do something, anything really, he would. That’s increasingly rare today!

Grit- He was tenacious, overcoming a debilitating stroke, (at the age of 36) to build a hauling business from the ground up, with my faithful mother at his side, and three reluctant kids as his only “ Hired Help” in the early years! That business, provided for our family, but that business would have never been anything without his true grit!

I often have thought would I, could I….rise from the ashes of a profound, personal, physical reversal…and have the “Grit” to believe that s…
1 comment
Read more *An optical illusion (also called a visual illusion) is characterized by visually perceived images that differ from objective reality.

The information gathered by the eye is processed by the brain to give a perception that can often appear very different, as you continue to look at the image. *Wikipedia article

For instance what do you see in the picture above, two Pandas, more?

You can’t always trust your eyes!

When it comes to faith, seeing isn’t always believing! In fact: You can believe without seeing!

Today I am thinking of Jesus and his first healing miracle, when He healed a Nobleman's son.

Our Lord's encouter with the man, reminds us that while seeing isn’t always believing, believing and trusting the Lord with the concerns of life is anything but an illusion!

So he came again to Cana in Galilee, where he had made the water wine. And at Capernaum there was an offi…
1 comment
Read more

One day Jesus told his disciples a story to show that they should always pray and never give up. 2 “There was a judge in a certain city,” he said, “who neither feared God nor cared about people. 3 A widow of that city came to him repeatedly, saying, ‘Give me justice in this dispute with my enemy.’ 4 The judge ignored her for a while, but finally he said to himself, ‘I don’t fear God or care about people, 5 but this woman is driving me crazy. I’m going to see that she gets justice, because she is wearing me out with her constant requests!’”

6 Then the Lord said, “Learn a lesson from this unjust judge. 7 Even he rendered a just decision in the end. So don’t you think God will surely give justice to his chosen people who cry out to him day and night? Will he keep putting them off? 8 I tell you, he will grant justice to them quickly! But when the Son of Man[returns, how many will he find on the earth who have faith?” (Luke 18:1-8).NLT

This parable has so much to teach us! Justice did not e…
Post a Comment
Read more
More posts