Showing posts from September, 2015
Show all

What to do when you see a Bee! 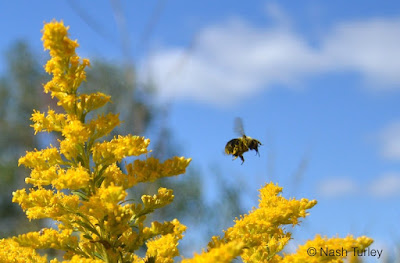 Just recently I heard a little girl crying just outside my office window. I looked out, she was all of seven or eight wearing skates. I assumed she had fallen, and so I went out to see if she was OK. When I got to her she was on the ground crying hard, nearly inconsolable.
She had another little girl with her, which I had not seen. I asked the girl crying, if she was OK.
Her little friend decided to be her interpreter. She said she was crying, because she “Had Seen a Bee” let that sink in for a second… not been stung by a bee, but “Had Seen a Bee”. I tried to comfort her, reminding her not to be afraid of Bee’s that you see!
How many times have you and I been afraid of something that could have hurt us, but didn’t? Someone once described fear as:
False Evidence Appearing Real
There are legitimate fears, in this life. However, The Lord Jesus Christ in comforting weary and frightful disciples, on the very night that He was to be betrayed, reminded them and ultimately us:
Don’t let your hearts b…
Post a Comment
Read more
More posts