Showing posts from January, 2012
Show all

The Memorial Stones of My Life.

When all the nation had finished passing over the Jordan, the LORD said to Joshua, 2 “Take twelve men from the people, from each tribe a man, 3 and command them, saying, ‘Take twelve stones from here out of the midst of the Jordan, from the very place where the priests' feet stood firmly, and bring them over with you and lay them down in the place where you lodge tonight.’” 4 Then Joshua called the twelve men from the people of Israel, whom he had appointed, a man from each tribe. 5 And Joshua said to them, “Pass on before the ark of the LORD your God into the midst of the Jordan, and take up each of you a stone upon his shoulder, according to the number of the tribes of the people of Israel, 6 that this may be a sign among you. (Joshua 4: 1-7).
*The monument stones were placed midway between Jordan and Jericho!  They placed their memory halfway between Gods mighty deliverance in the past, and the unknown challenges of the future! That moment reminded them that there was no retrea…
Post a Comment
Read more

Reading through the Bible in 2012!

Your word is a lamp to my feet and a light to my path. (Psalm 119:105).
I have made it a goal to read through the Bible this year. So far I have not missed any days, but did have to read several days in one setting, to catch up!   I am using the “One year Bible” where there are daily readings for each day of the year.  I would highly recommend it.
What I am learning and being reminded of is God’s Word is a “Love Letter” its God reaching down to His creation to offer purpose and direction. I am being reminded that God always has a plan!

The Bible reads like a thrilling novel, and even though we know the outcome, of how things turn out, there is freshness and warmth that reminds us that God was not only faithful and gracious centuries ago…we discover, He is just the same today!

What I have seen so far:
I see His power in speaking the World into existence!
I see His tenderness in caring for the first couple.I see his guiding an aged Abraham from his homeland to a new land, and fulfil…
Post a Comment
Read more

Will you speak up? 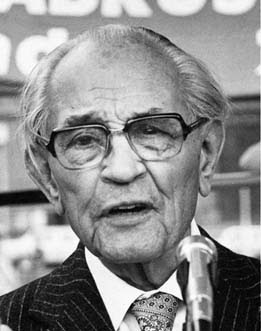 Basement Dreams and the best candy on the planet!

If necessity is the mother of invention, then I want to give a shout out to the creator of my favorite candy on earth!
*"H. B." Reese (May 24, 1879 – May 16, 1956) was an American inventor, and founder of Reese's Peanut Butter Cups, and of the H. B. Reese Candy Co., he was born in York County Pennsylvania on a farm. Said to have worked odd jobs such as butcher or salesman in his youth, he eventually married around 1900 and went on to have 16 children.
He first moved to Hershey, Pennsylvania in 1917, where he worked for on a dairy farm owned by The Hershey Company. He did well until the farm was closed by Hershey's. Not long after moving his family to Spring Grove, Pennsylvania, Reese moved back to Hershey, again working for Hershey's. Inspired by his work, Reese began experimenting with candies in his basement, developing some candies he named after his children, the "Lizzie Bar", and the "Johnny Bar".
After several failed candy-related busines…
Post a Comment
Read more

Be kind to one another, tenderhearted, forgiving one another, as God in Christ forgave you. (Ephesians 4:32).
From Green River Wyoming to Laramie Wyoming is about 222 miles. Laramie is a great place to stop…gas up and snack up if you’re traveling on to Colorado Springs as Laura and I were on Christmas Day.

We were still celebrating and commenting on two incredible services (Christmas Eve) and Christmas Day at HillTop Baptist Church.  Strong attendance, warm and loving people and the reminder that God so loved the World that He gave…the greatest present this world will ever receive... the Lord Jesus Christ!
The many miles we traveled across the black ribbon of Interstate 80 gave us ample time to reflect on Gods goodness. That very morning the congregation presented us an amazing financial gift…to remind us that we are valued and loved.

Stopping in Laramie at the Petro Truck Stop I went in while Laura stayed in the Jeep.  Snacks in hand, I made my way to the counter where a lady loo…
Post a Comment
Read more
More posts