Looking back, to look Forward! 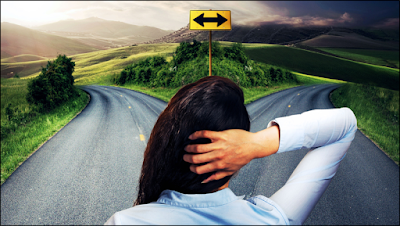 6 At the festival Pilate used to release for the people a prisoner whom they requested. 7 There was one named Barabbas, who was in prison with rebels who had committed murder during the rebellion. 8 The crowd came up and began to ask Pilate to do for them as was his custom. 9 Pilate answered them, “Do you want me to release the King of the Jews for you?” 10 For he knew it was because of envy that the chief priests had handed him over. 11 But the chief priests stirred up the crowd so that he would release Barabbas to them instead. 12 Pilate asked them again, “Then what do you want me to do with the one you call the King of the Jews?” 13 Again they shouted, “Crucify him!” 14 Pilate said to them, “Why? What has he done wrong?” But they shouted all the more, “Crucify him!” 15 Wanting to satisfy the crowd, Pilate released Barabbas to them; and after having Jesus flogged, he handed him over to be crucified. Mark 15:6-15 CSB

The Jewish leaders had no power to execute Jesus, they would need Rome's help for that, and so they try to disparage our Lords character with various untrue allegations.

Pilate sees through their trumped up agenda, and five times will declare Jesus innocent, but they will her none of that.

It’s important to distinguish between the crowds that had amassed during this week in Jerusalem.  Jesus would be welcomed and celebrated with shouts of Hosanna as he enters Jerusalem, there was genuine shouts of praise, mingled in that crown were dissenters, those whom denied anything divine about Jesus. The majority however praised him! It is the minority now, who are pressing for his execution, they waited until the majority of his followers had left town, to begin their insidious plot!

Well meaning and sincere preachers in the last 2000 years have challenged congregations with a choice between the crowd that cheered him, and those who jeered him, as if they were one in the same!

A better application is to realize in any grouping of people there are genuine believers and those who for what ever reason are not. The question from the text, is will you, will I, demonstrate loyalty to him, in the choices of life? Will we fly high our own flag of allegiance, to Jesus when inquiring family of friends, press us as to what is the foundation of our life?


Wanting to satisfy the crowd. Pilate had the most incredible encounter a person can ever have. A deep desire to be  accepted, to keep the peace, to not be seen as siding with a Galilean carpenter, whom he knew was innocent, led him to simply give Jesus up! What about us, do we value our relationship with Jesus above all others, do will we stand with Him, no matter what?

Oxford Professor  C.S. Lewis  who became a dynamic follower of Jesus. recalls his first experience at Oxford was highly symbolic. When he exited the Oxford railway station for the first time, he was loaded down with luggage. Mistakenly, he started walking down the street in the wrong direction. As he kept walking, he grew disappointed at the rather plain houses and shops he found. Only when he reached the edge of town did he turn around to see the beautiful spires and towers that constitute Oxford. In telling this story, Lewis says, "This little adventure was an allegory of my whole life." Boyhood was a "fall" from the joys of childhood. Growing up was even more of following the wrong way. The "path less taken" (Following the Lord Jesus Christ) was a return to wonder and glory and a rejection of the mundane inanities (Silliness) of modern life. He needed to look back in order to go forward.  So do we!,  by looking back to what Jesus did to rescue us, we can look forward with confidence that He will direct our lives!

Popular posts from this blog

In Honor of Peter Marshall.

In Memory of a Man who was after God's own heart. As a younger minister my heart warmed to His preaching, (From recorded sermons) the soaring diction, the impassioned eloquent proclamation of truth, through a life consumed by Christ!

As a middle aged Pastor now, the memory of this incomparable Preacher continues to inspire!

I am so looking forward to meeting Dr. Marshall in heaven! Few people in my life's journey have touched me as deeply as the late Peter Marshall.

Here is just a sample of his profound way of turning a phrase...

• A different world cannot be built by indifferent people.

• Give to us clear vision that we may know where to stand and what to stand for - because unless we stand for something, we shall fall for anything.

• God will not permit any troubles to come upon us, unless He has a specific plan by which great blessing can come out of the difficulty.

• If you hug to yourself any resentment against anybody else, you destroy the bridge by which God would come to…
Read more

The Breath behind the Flag!

Wow! What an incredible and moving collection of words! I am writing this on a rainy Fourth of July afternoon in Wyoming.  I am thinking about the men and women who have served our country.  I never had the opportunity to serve in the military. I came very close, as a senior in high school, I had signed up to join the Air Force.

Before heading up to Fitzsimons hospital in Denver for a full physical my recruiter decided to weigh me.

This was way before I was ever introduced to Baptist Potlucks! I weighed 191lbs! Oh how I would like to weigh that now….but I digest…I mean digress:) I was six pounds overweight!  The recruiter told me to drop the pounds and come back…I lost the weight in a …
Read more

No! I know wha…
Read more